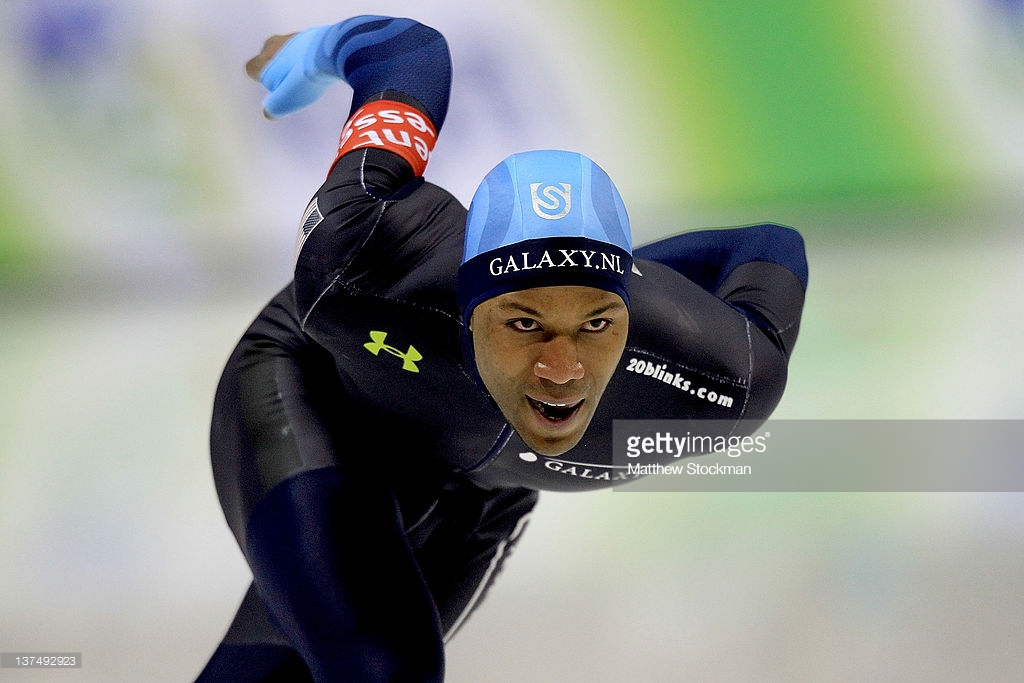 When the United States Winter Olympic team comes out in to the stadium for the 2018 Winter Olympic Games on Friday the person carrying the flag will be female luge legend (if there is such a thing) Erin Hamlin.

But, former speed skating gold medalist Shani Davis, her presence as the flag bearer is not cause for celebration. Instead, Davis took to Twitter to complain about not being the pick.

I am an American and when I won the 1000m in 2010 I became the first American to 2-peat in that event. @TeamUSA dishonorably tossed a coin to decide its 2018 flag bearer. No problem. I can wait until 2022. #BlackHistoryMonth2018 #PyeongChang2018 pic.twitter.com/dsmTtNkhJs

His beef seems to be racially motivated as well, with Davis including a very easy to see Black History month hashtag.

But, that’s where Davis’ argument falls completely apart. You see, clearly written rules (yes, there are rules for tiebreakers for the flag-bearer decision) state that in the event of a tie vote amongst the federations that make up the Olympic committee votes, a coin toss will decide the winner.

As the story goes, per AOL.com:

Each of the eight federations — bobsled and skeleton, ski and snowboarding, figure skating, curling, biathlon, hockey, speedskating and luge — nominates an athlete for the role, and it came down to a 4-4 tie between Davis and Hamlin. When a decision couldn’t be made, a coin was tossed and Hamlin was awarded the honor.

Seems pretty fair to me, but not for Davis, who clearly threw a hissy fit on Twitter over not getting “his way” — or at least that’s how it seems to the outside world. How else would you describe the inclusion of the word “dishonorably?”

It sure seems he is not only questioning the motives of the people voting but also some sort of vast coin-toss conspiracy that went against him based on his race. Whatever his reasoning, Davis’ theories and statements make little sense in reality. Instead, they just stir up nonsense controversy in what should be a unifying event for this country.

Additionally, what process would Davis like to implement for a tie-breaker? Perhaps it should be the Intersectional Olympics? You know, where we play the game of who is the most aggrieved party with the best outcome in his/her/they’s event?

Following Davis’ logic, tie goes to the black person because Black History Month? Such is the problem when intersectionality and sport meet.

Apparently black male athlete with a few gold medals trumps white woman who medaled for the first time ever in the history of her country in an event. You see, Hamlin earned a Bronze medal at the 2014 Sochi games in the women’s single luge event, becoming the first American to ever win a medal in the single luge since its introduction at the 1964 games.

Hamlin is also a two-time world champion and winner of 23 World Cup medals, so it isn’t like her Sochi performance is some sort of fluke. Oh, and she is also retiring after these Olympic games.

One heck of a set of accomplishments and certainly one worth voting for. Same for Davis and his accomplishments…hence how the federations likely wound up at a tie. After all, female history maker could trump any male accomplishment in the minds of some intersectionalists too.

Perhaps Davis should be celebrating a fellow athlete making history just like he did instead of throwing a temper tantrum like a 5-year-old. Just a small suggestion, because there are other athletes worthy of this honor and being honored other ways, just like you have been and will be should you win medals in your speed skating events.

Literally no one cares that you are a black speed skater, they care  that you are an American speed skater that wins medals. They also care about you representing Team USA to the best of your abilities. When it comes to the Olympic games, there are only three colors most American’s see — Red, White and Blue. Representing the flag of your country is what matters, not your race or your sex or whatever.

This also begs the question…when was the last time you remember who the hell the flag bearer was at any Olympic games? I could only think of one name, Michael Phelps, and that’s because it was recent history and because he’s one of the most famous athletes in the world period. Beyond that, I dare you to name one without looking it up.

So, this “controversy” is over an honor that few will even remember in 6 weeks or 6 months, let alone 6 years from now. Have some class and enjoy your Olympic experience instead of whining about something you have no control over.

US Sends 90 Tons of Cold, Hard Russia Deterrents to Ukraine
Flag And Cross