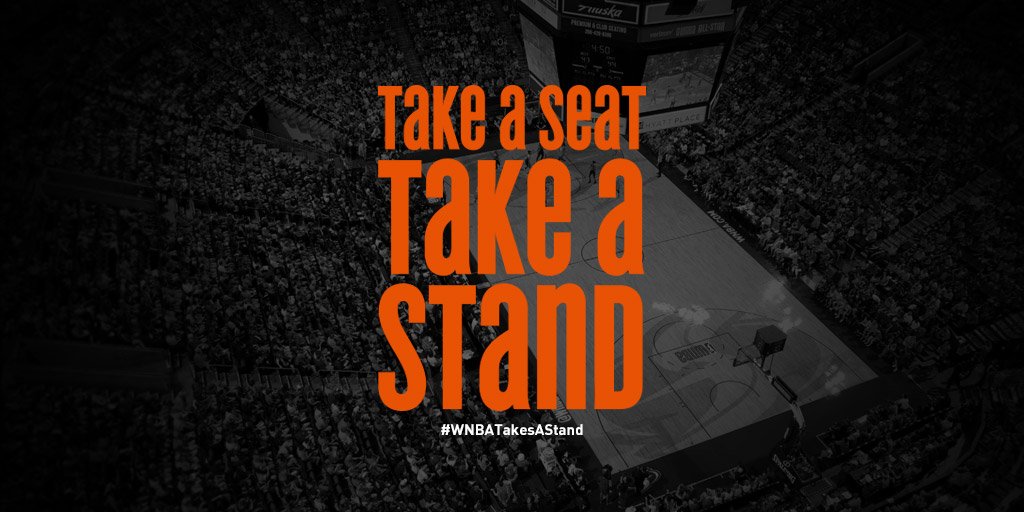 The WNBA has been around for 22 years, and for the majority of that 22-year existence it has been at the forefront of getting women’s basketball to become a marketable and relevant on the national sports scene.

Last season it appeared the WNBA was on to something, seeing its highest ever average attendance in league history.

But, now it appears the WNBA has decided to wade in to the politics + sports = good idea pool.

On Friday morning, the WBNA announced a new ticket initiative for the 2018 season, one in which fans will have the opportunity to donate $5 of their ticket price to one of six charities. Those charities are Bright Pink, MENTOR, GLSEN, The United State of Women, It’s on Us, and Planned Parenthood.

This season, your ticket supports more than women's basketball. It helps change the game for women and girls. https://t.co/PehIbA2cJb#WNBATakesAStand pic.twitter.com/xraFON4nRG

Amongst those charities? There are unifying ones like Bright Pink, which is the only national organization that focuses on early prevention and detection of breast cancer, and MENTOR, which focuses on mentorship programs for youth in the United States. There’s also the This is Us movement, which has been a social movement put together by former President Barak Obama in regards to sexual assault.

But, rather than continue to stick to organizations like those, the WNBA then had to go with Planned Parenthood and The United State of Women?

You know, because if there’s ever a lesson to be taken from the past three to five years of the sporting world, it’s that fans will flock to leagues and teams that are shoving politics (whatever brand of politics that is) down their throats.

While on its surface, The United State of Women summit and charity may seem like a worthy cause, a little digging and you’ll find that it is a completely left-wing summit full of speakers on the fringes of left-wing politics. Nothing screams like a unifying women’s message than having Jane Fonda, Brittany Packett, Symone Sanders, Sophia Bush and a whole host of other named speakers that include exactly zero women who are of a non-progressive viewpoint.

So, in the era of fans turning their backs on the NFL in droves over political activism, ESPN seeing its ratings dive and its subscribers tumble as it goes left-wing politics all the time and countless other examples of what not to do…the WNBA is doubling down on the idea that politics and sports is a great idea.

Instead of unifying around causes everyone can get behind and support, the league is offering political statements in the form of ticket sales for its potential patrons. Some are not happy about the addition of politics to their sports dollars.

Please don't. Let's not drag politics into sports as well. I live in Vegas. I'm excited about the Aces. I bought a shirt. I'll go to a few games with my daughters. I want to support my TEAM, not causes.

Given their meager attendance you’d think they’d have learned from the mistakes of other leagues. ????‍♂️

This won’t help the cause to increase player pay. The players need an increase in attendance to have a leg to stand on, over having a larger share of the revenue.

Way to go! Aborting future WNBA players while still in the womb is a winner on many levels! Kills the future for the sport and more dumbass Democrats in one wonderful swoop.

This shouldn’t be totally surprising though, after all, the Seattle Storm partnered with Planned Parenthood last season to offer the $5 ticket donation to the abortion provider.

It’s a shame that politically polarizing organizations have to be a part of what could’ve been a really empowering and powerful idea for the league. We’ll see if this affects attendance one way or the other, but for a league that saw an average of 7,716 fans per game (a record for the league) last season, it’s a big gamble that may backfire.