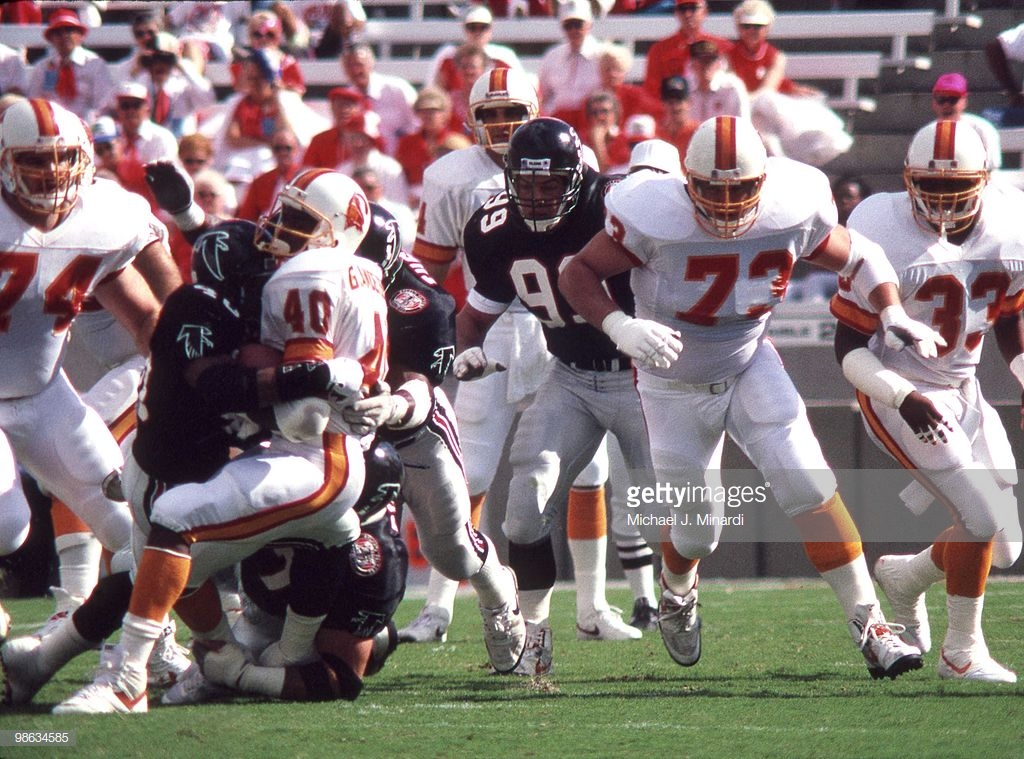 Tim Green was once the backbone of an ever-underachieving Atlanta Falcons team in the late 1980’s and early 90’s. He then went on to become a massive success as a broadcaster, author of children’s books and as a businessman.

But, on Sunday night he also revealed a drastic change to his life, as he announced on CBS’ “60 Minutes” program that he was suffering from ALS — otherwise known as Lou Gehrig’s Disease.

Sports Illustrated had a piece on this segment and how ALS and head-trauma from football players are linked.

It’s truly sad to see anyone suffer through this debilitating and eventually fatal disease. Yet, Green remains upbeat and considers what he’s been able to accomplish in his life as a blessing. That much he made clear in his interview with 60 Minutes.

But, for SI.com writer Jack Dickey, Green’s situation seemed a good time to remind everyone that CTE leads to ALS and there’s no question about it.

“Green, 54, is not the first ex-NFLer to develop the disease; the link between the violent game and the degenerative and fatal neurological condition, which causes sufferers to lose most control of their muscles and is diagnosed in two to three out of every 100,000 people annually, has grown somewhat clearer with time,” Dickey points out in his article.

The key words here are “somewhat clearer with time.”

The problem is, studies about CTE and ALS being linked haven’t actually made things any more clear. What has become clear is that people with CTE are seemingly more likely to get ALS than the general population as a whole.

That doesn’t mean the two are actually linked though. Commonality doesn’t equal causation necessarily and a basic biology class or science class in general has taught all of us that.

At least one would think that is the case.

The reality of the research on the issue is vastly different than the conclusion SI.com draws.

In reality, the link is a possibility at best. There simply isn’t enough available data or understanding of CTE or the link to ALS to make a definitive statement.

As raredr.com points out, the study clearly makes a potential link in the fact that about 5 percent of studied CTE cases have also demonstrated symptoms of ALS. But, most importantly, it emphasizes that the two may not actually be linked.

“Approximately 5% of CTE cases result in patients demonstrating the clinical or pathological characteristics of ALS, however, whether the 2 conditions are related has remained a mystery.”

It’s a number that is certainly higher than the average population as a whole. In fact, the study also points out that CTE has also been found in military veterans, who are twice as likely as non-veterans to be diagnosed with ALS.

Yet, Sports Illustrated has taken it a step further in not bothering to point out the actual conclusions of the study to date. Instead, they make that blanket statement made above and then continue on as if that statement is fact.

In fact, the rest of the article doesn’t even bother to mention the study in any factual way. There is no quoting of the study or any further discussion of the link that has been shown to date.

But, SI would have you believe this one paragraph and its conclusions are the only thing that could be possible.

It’s the exact opposite of what the study concludes:

Due to the high complexity of both diseases, more long-term studies are necessary for a full understanding of the connection. The recent analysis warrants a larger study of more people with CTE and CTE-ALS to confirm results, but continued studies could potentially uncover viable CTE-ALS biomarkers and therapeutic options.

Shame on Sports Illustrated for using Tim Green and his situation to promote half-truths and outright falsehoods within an article.

This is exactly how speculation and falsehoods become truth in the popular culture. After all, outlets like SI have become trusted sources of information and if they print it, it must be true.

It is on outlets like SI to give us the honest and unvarnished truth. Anything less than that is malfeasance.

Sports Illustrated goes clickbait over Johnny Manziel and the XFL

Sports Illustrated goes clickbait over Johnny Manziel and the XFL

Johnny Manziel plus XFL apparently equals click bait for Sports Illustrated as it runs wild with the most non-news story humanly possible. 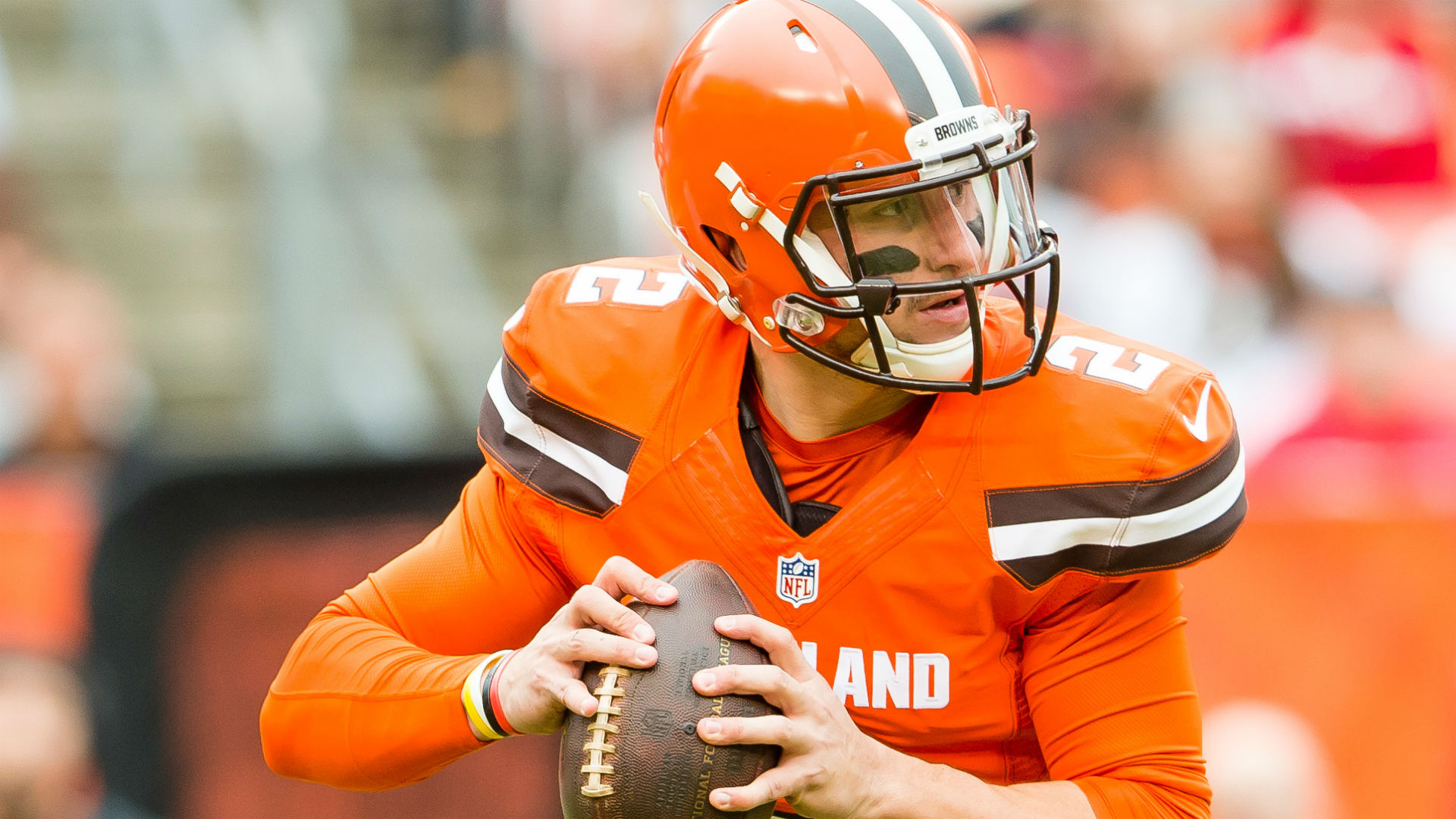 If ever you wanted to know how much the sports media of today has eschewed any journalistic standards, the announcement of Vince McMahon putting the XFL back in to our lives would be a fine case study.

No better example exists than what Sports Illustrated, of all places, decided to put out as factual surrounding the newly announced league and one certain former Heisman Trophy winner — Johnny Manziel.

It all started with McMahon being asked about the type of player the league was hoping to attract and him responding with this:

“You want someone who does not have any criminality associated whatsoever with them. Even if you have a DUI you will not play in the XFL,” McMahon said. “So that will probably eliminate some of them. Not all of them. If Tim Tebow wants to play, he can very well play.”

That statement would seemingly leave people like Manziel ineligible to play in the league, what with a criminal record and all.

But, SI decided to run with a story with this headline:

What would the reader get out of that headline if this was the first time they were reading about the XFL and Johnny Manziel? It certainly reads like a statement of fact that Manziel is somehow getting an exception to a rule.

Yet, that is the furthest thing from factual reporting, because there has been no formal rule and Manziel or no one else is being considered today as a member of the XFL.

So, how could Manziel be “not ruled out” of a league that only exists in the mind and on preliminary paperwork of Vince McMahon?

But, SI ran with the article as some sort of fact-based reporting because famed ESPN reporter (and I use that term loosely) Darren Rovell passed off his personal opinion as a hint of insider knowledge.

Clarification: Johnny Manziel has not been specifically ruled out of playing in the XFL at this time.

Yes, a single tweet from a media member is now the gospel according to Sports Illustrated. Not a single statement by McMahon noting Manziel specifically with an exemption to his just created rule (note there is no rule book or player agreements for the XFL today) or any other source.

You know, because there are no teams, player contracts or real structure to a league that is two years from playing. So, technically speaking Manziel isn’t ruled out. But, with one single

But, somehow Rovell’s ridiculous standard was passed off as if Manziel was actually under consideration for the league and that he had inside information as to who would be targeted by the league.

SI outdid themselves salivating all over the former Cleveland Browns quarterback and the XFL a second time though. This time taking a trolling tweet of his and making it to something much larger. All Manziel did was tweet the following:

If you’re Sports Illustrated that means he’s got interest in the league and being a part of it. You know, because he’s also “not ruled out” of the league on day one of it’s existence on paper.

But, the trick is even worse, because the article that you’re reading on Manziel comes with this as a “related article” on the top:

That link only then brings you right back to the article you’ve already been reading. Yay, double dipping! No seriously, it takes you the URL of the article linked above, which is: https://www.si.com/nfl/2018/01/25/johnny-manziel-xfl-not-eligible for both articles. Come on now…that’s just insulting.

While there have been many sad examples of click-bait journalism over the years, this one is particularly bad…and sad.