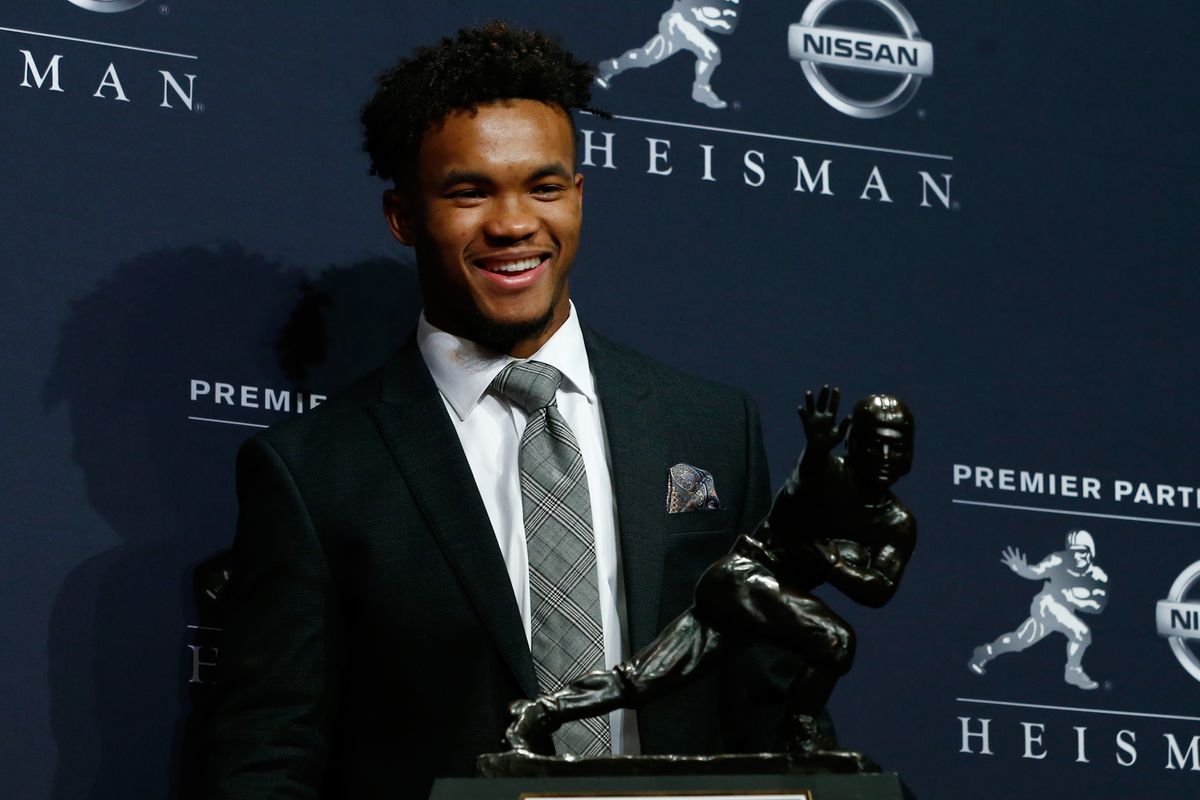 Saturday night was supposed to be Kyler Murray’s big night after winning the most prestigious honor in college football — the Heisman Trophy.

Instead, USA Today writer (and I use that term loosely) Scott Gleeson used the moment to drag up tweets that were six years old and apparently were of a homophobic nature.

All you really need to know is Gleeson is described as covering “social issues through the lens of sports.”

Yes, people are actually getting paid for doing things like that today. Talk about making sports fun, huh?

But, back to what Gleeson had to say. What was the Tweet or Tweet’s in question? Well, USA Today didn’t have the guts to even include screen shots of those tweets.

Yahoo Sports! did managed to grab them before Murray went back to delete them…so here you go:

Clearly Murray was playing around with friends and being a complete moron…he also was 15 years old. However, the language being what it was, Murray did issue a Tweet of apology on Saturday night.

Gleeson and USA Today also likely had these Tweets queue for weeks, because the original article was posted just moments after Murray was announced as the winner.

It’s almost as if Gleeson and USA Today were trying to troll the man and maximize the sting of this “story.”

USA Today’s attempt to take down Kyler Murray is everything that’s wrong with sports journalism today. But, it is a growing trend in today’s social media age. Sports figures like Josh Hader, Josh Allen and Donte DiVincenzo all had old “offensive” tweets resurface from their teenage years over the past year.

Thankfully, not everyone bought in to Gleeson’s takedown attempt and the article has backfired in a major way. The backlash on Twitter was immediate and from all sorts of places.

USA Today even tried to further this story by reaching out to the Oklahoma athletic department for comment, as if they had any responsibility in this matter.

“The Oklahoma athletics department did not immediately respond to an inquiry by USA TODAY Sports regarding the tweets late Saturday night or early Sunday morning,” said Gleeson’s article.

Good for them, because Murray is the one responsible for what he had to say at the age of 15 not the Oklahoma Sooners.

The string of comments on the original USA Today tweet is almost completely negative. Yet, it won’t be the last time we see a hit piece like this surface the second someone accomplishes a big moment in their sporting lives.

It also serves as a reminder to athletes and the general public that anything you say and do on social media can, and will be, used against you in the court of the SJSW.

Hopefully the backlash will be enough to get this trend to stop. But, that may be wishful thinking in today’s outrage over everything culture. 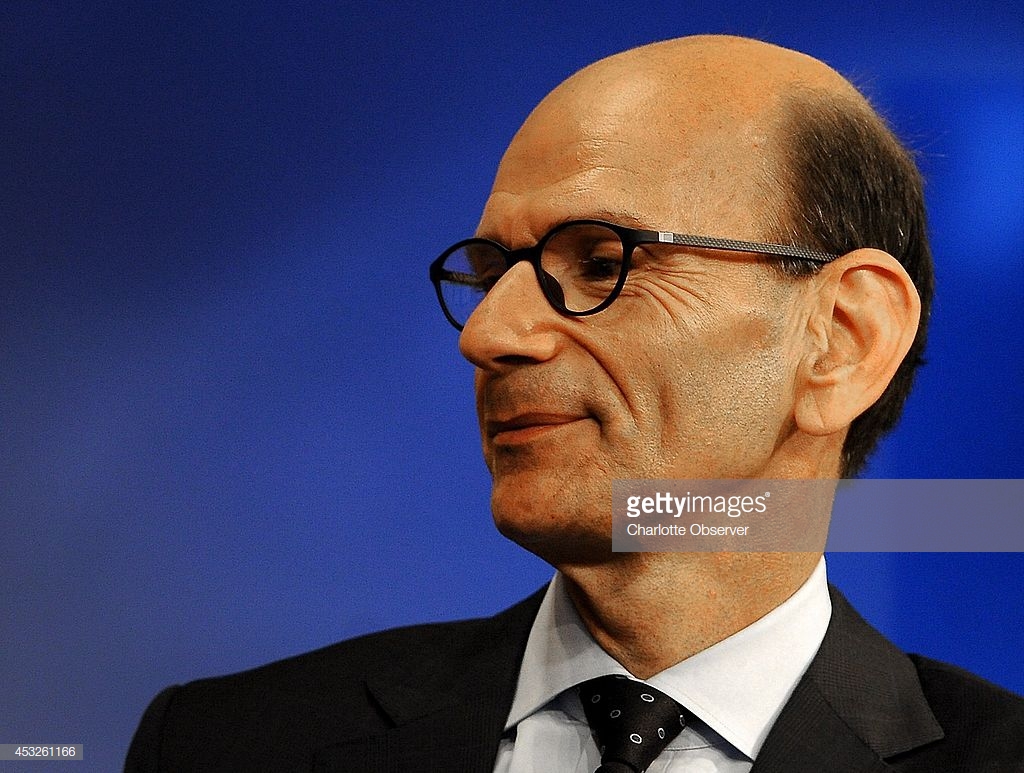 As Saturday was ticking closer to Sunday many were wondering who would join the likes of undefeated and big name programs like Alabama, Clemson and Notre Dame in the College Football Playoff this year.

Alabama had just got done winning a close one against then No. 4 Georgia and the committee now had one spot to fill.

Obvious choices seemed to be the No. 5 and No. 6 teams in the country — Oklahoma and Ohio State.

Yet, as the Big Ten championship game was getting interesting, things were getting even more interesting online. Suddenly, the team that just got done losing the SEC Championship to Alabama was the hot name to be the No. 4 team in the playoff.

Nevermind what you believe should’ve happened in the final College Football Playoff rankings. What should be worrisome is that actual writers and commentators became out and out cheerleaders in an effort to get the Dawgs to stay in the playoff.

Multiple major outlets and talking heads were all singing the same tune in the hours after Georgia actually lost to Alabama.

There was no major outlet pushing their big talking heads out there stating Ohio State should be the team jumping in to the mix after Georgia’s loss. Some took to a technical analysis of Oklahoma and Ohio State, yet those articles weren’t the ones being heavily pushed by marketing campaigns or social media outbursts.

The major pushes were all reserved for the topic of Georgia staying at No. 4 for another crack at Alabama or to move up to No. 3 and allow a matchup with Clemson instead…you know, because who wants to see the same two teams in back-to-back games?

Don’t take my word for it though. Just know the following:

There was SEC homer Paul Finebaum, who went back on his word to support UCF if they went undefeated once again in 2018 (which they did).

Finebaum’s fellow ESPN employee, Kirk Herbsreit, joined the party after watching the Bulldogs blow not one, but two 14-point leads to Alabama.

Stewart Mandel of The Athletic chimed in letting us know the same thing as Finebaum, Herbstreit and so many others.

The central claim? The College Football Playoff committee’s task was to  find the four “best” and not most “deserving” teams for the playoff. They believed actual wins and losses no longer mattered, just that one team who they believed was “best” — subjective as that is — deserved the right to play again.

Yes, it is the job of commentators to get their opinions out there. It’s what they are literally paid to do. But, when everyone is speaking with one voice for the most part, you have to start asking serious questions.

How did this just so happen to take place all at the same time and across multiple prominent outlets?

Were they all looking to get clicks? Were they all talking to one another? Were there editorial suggestions made? Did anyone who wrote or spoke support for the Bulldogs really mean it?

No matter how it happened, it is curious that nearly every major sports outlet found itself with an article outright cheering on the idea of Georgia for the College Football Playoff.

After all, if there’s anything we’ve all learned throughout the years, the sports media knows best.

Question them at your own peril.

As we’ve talked about on The Andrew Coppens Show, this likely wasn’t as nefarious as outright collusion to get the Bulldogs in to the playoff, but rather a byproduct of groupthink and living in the sports media Twitter bubble.

When so many people see the world in exactly the same way, it is no wonder it even bleeds over in to their sports commentary.

Thankfully, in the end, the outright campaigning for Georgia didn’t prevail. I say that not because it’s what I thought was right or wrong, but because it means that the media’s campaigning fell of deaf ears.

If the media can control who gets in to a playoff system, we’ve got a major problem for the sport.

So, the next time you see a strange wave of the same writing and thinking, remember who this group is and what they are really attempting to do.