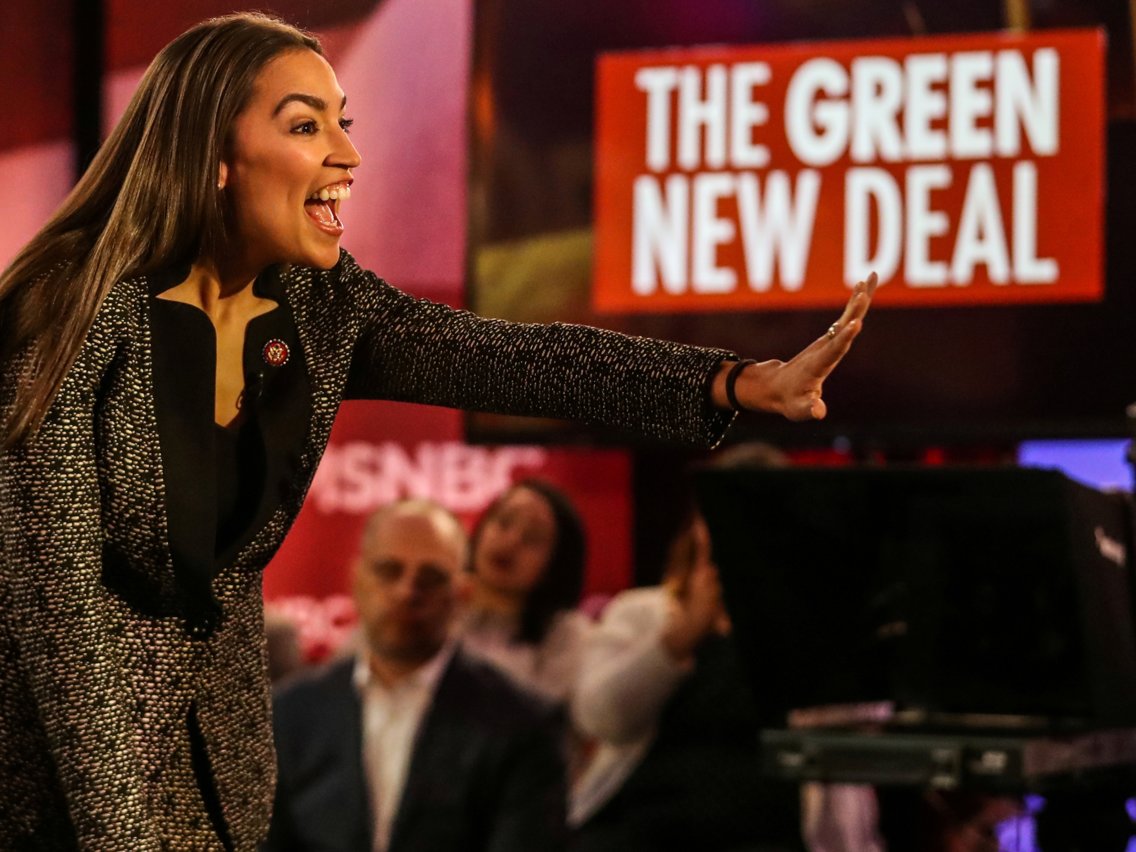 Can you imagine every word you speak, every key stroke you type and every move you make being put under the microscope? Welcome to the life of Alexandria Ocasio-Cortez.

The latest claim came during an MSNBC infomercial featuring AOC. Amongst many false claims, the freshman representative claimed that the 22nd amendment was passed to prevent Franklin D. Roosevelt from becoming President again.

As Tom and plenty of others have pointed out, AOC’s claim that the amendment was made to prevent FDR from becoming President again is false. It simply couldn’t have happened based on the time of his death and the time that the bill was actually introduced.

But, there’s nuance that AOC likely was trying to convey here — because FDR certainly was an inspiration for the change to the constitution. In that respect, what Ocasio-Cortez was attempting to convey is correct.

Instead of understanding that clear inference, Republicans have once again pounced on her as if she continues to be an idiot. Of course, she has brought a lot of it on herself given her history of inaccurate statements and historically incorrect references in the past.

But, can we give her a bit of a break? I mean, you all understood what she was trying to say, right?

Unfortunately for AOC, in this case it is right to criticize her language and historical accuracy. FDR’s tenure as President was a huge turning point for our democratic republic. It’s his tenure that did inspire the 22nd amendment, but unlike what AOC was trying to infer, it wasn’t a bad thing or a purely political ploy.

One can’t simply pass an amendment to the constitution without a lot of support. Let’s remember that would’ve included the “super-majority” of Democrats as well as Republicans to get it past.

It doesn’t mean AOC should be celebrating FDR or the New Deal either. After all, FDR attempted to exert dictatorial power while President, thus the clamoring for change after his passing in 1945.

If you only need one example, how about the fact that he attempted to pack the Supreme Court in his favor? Let’s remember he wanted to age out the justices at 70 years old and if they wouldn’t go, add another justice until they got to 15 total justices.

It came as a result of the fact that numerous of his New Deal programs were stopped as unconstitutional as early as May 1935 by the Supreme Court.

If FDR wasn’t going to get his way, he was going to rig the system to make sure his power to do what he wanted would go unchecked. Attempting to pack the Supreme Court was part of the plan, as FDR and the democrats also had a super-majority in their favor in terms of getting legislation passed.

Amazingly, the congress of FDR’s Democratic party said no to that move. Even he went too far for his own party.

While AOC and her friends may see that kind of power as a good thing, the American people didn’t and worked to rectify the problem by instituting the 22nd amendment.

It was not a response to FDR as a person, it was a response to government as a whole deciding to be despotic. One could make a very good argument that we were one or two key moves away from becoming a dictatorship considering what FDR had attempted over his presidency.

Additionally, we have to address FDR and the Great New Deal as some sort of amazing transformation of the country. To that end, I’ve addressed this in the past on By The Numbers.

The reality of the New Deal era is that FDR’s programs were a hinderance to getting us out of the depression. If it weren’t for the economic effort it took to get on a full war footing for World War II, the United States may have been in an even longer depression.

Beyond the fact that the years don’t make sense, there’s also the fact that AOC and her socialist ilk have signed on to the so-called Southern strategy to explain how the Democratic party is not racist anymore and the Republicans are the evil racists today.

If that’s the case, then wouldn’t making sure FDR or any other President (and his/her party) wouldn’t have unlimited potential to do racist harm to the country a good thing?

But, to recognize that would be to admit that one of her progressive heroes was also a villain. FDR had a long history of turning away from controversy when it came to the Jim Crow south — something Tim Scott pointed out in 2016:

As a presidential candidate and during his four terms in office, Roosevelt had a close relationship with Southern Jim Crow Democrats (“Dixiecrats”) and often went out of his way to not disrupt the “southern way of life” of Jim Crow. Thus, he remained silent on segregation and in 1935 refused to support the federal anti-lynching legislation of the Costigan-Wagner bill. In 1937 FDR appointed Hugo Black, a U.S Senator from Alabama and known member of the Ku Klux Klan, to the US Supreme Court. Black went on to validate FDR’s decision to incarcerate Japanese Americans by writing the court’s majority opinion in the case of Korematsu v. United States. In 1941, FDR appointed James F. Byrnes, a former US Senator from South Carolina and staunch segregationist to the US Supreme Court. Byrnes left the court a year later to serve as FDR’s Director of Office of Economic Stabilization, and between 1943-1945 served as the Director of FDR’s Office of War Mobilization. Byrnes was on FDR’s short list for Vice President in 1944.

So, why would AOC and her cohorts in congress look at the New Deal as a positive?

I postulate it is all about the fact that New Deal is the closest we’ve ever really come to the full socialism those folks support. They worship at the alter of government control of our economy, so accurate history be damned.