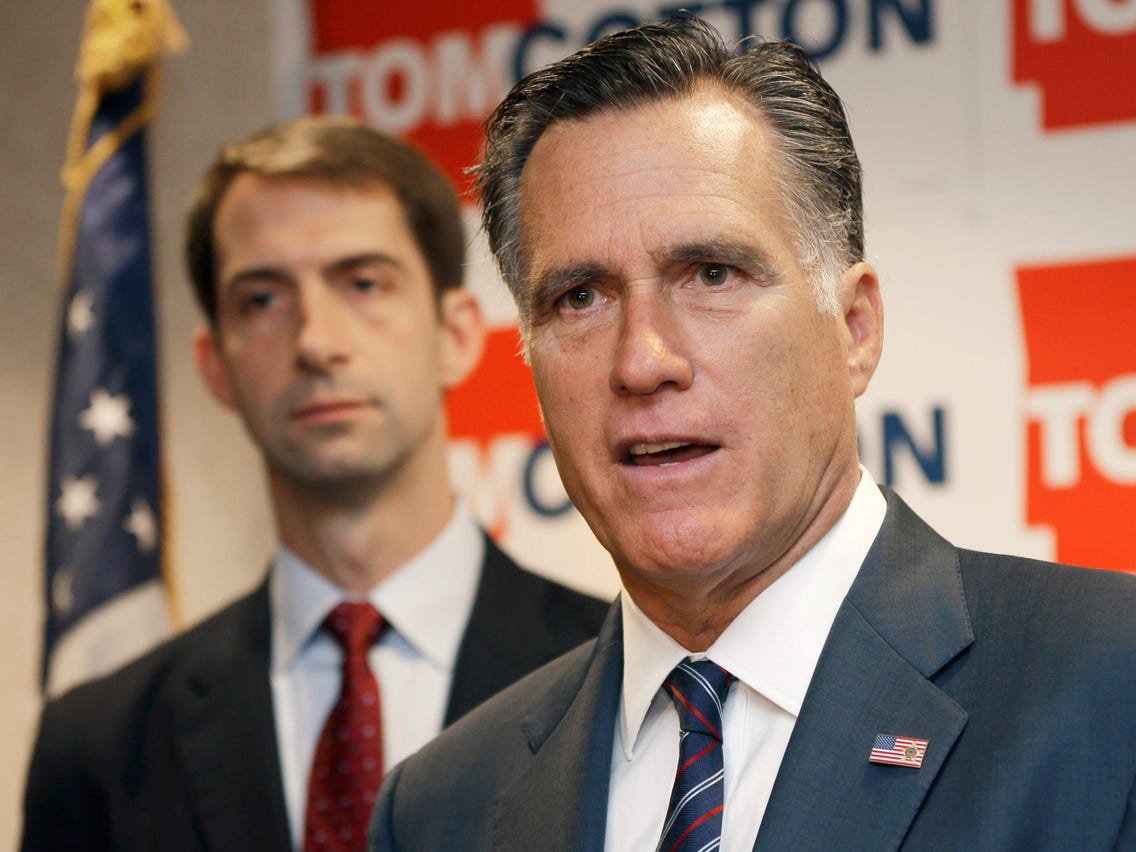 Coming your way soon from the Republican Party? Apparently it’s going to be engaging on a federal minimum wage bill.

On Tuesday, Republican Senators Tom Cotton (R-AR) and Mitt Romney (R-UT) announced their plan to introduce legislation to move the federal minimum wage up to $10 an hour, while also making sure to shore up the E-Verify system as well.

This coming on the heels of the left’s continued push for a $15 an hour minimum wage at the federal and state levels. It’s already part of the proposed $1.9 trillion COVID-19 stimulus bill being tossed about in the halls of the United States Capitol.

So, naturally, the right must meet the left on their playing field as they always seem to do.

In this case, Cotton and Romney are positioning this bill as a way to save jobs and increase security for American workers jobs.

“American workers today compete against millions of illegal immigrants for too few jobs with wages that are too low — that’s unfair,” said Cotton in a statement. “Ending the black market for illegal labor will open up jobs for Americans. Raising the minimum wage will allow Americans filling those jobs to better support their families. Our bill does both.”

Meanwhile, socialists like Ro Khanna (D-CA) have stated that businesses unwilling to pay a $15 minimum wage just shouldn’t be welcome in America.

“They shouldn’t be doing it by paying low wages. We don’t want low-wage businesses,” Rep. Khanna (D–Calif.) said on CNN earlier this week. “I think $15 is very reasonable in this country.”

It’s an all-too-familiar refrain from the left though, because they believe anyone making below that to be paid starvation wages. Case-in-point, leftist commentator David Sirota, telling us that “Ro Khanna effectively makes the case that if a business is predicated on paying workers starvation wages, then that business should not be considered a viable enterprise.”

Which, to those on the libertarian side of things reeks of government picking and choosing the winners and not free-market principles. Given the status of our economy during this pandemic, one would think that tipping an already fragile economy even further over the edge of the cliff wouldn’t be wise.

But here we are with two prominent Senators from the GOP playing in to the left’s wage demands as if they are legitimate to begin with.

What do I mean?

According to Reason’s reporting, they found that even the New York Times investigative arm reports bad results for areas that should be helped by this increase, at least according to leftist economic theory.

“In January, California hiked its minimum wage to $14 an hour. Businesses in Fresno, where the median wage is $17 an hour, have responded by either raising prices, cutting staff, or both, the Times found.”

That’s to say nothing of the effects of having to also look at all those wage earners above the previous minimum wage who would also have to see increases in keeping with the new law and old numbers above the minimum wage.

It’s a refrain we’ve seen time-and-again in localities and states that have passed these types of increases. Seattle, Portland and other areas have all seen the same issues happen. Why? Because it’s the natural law of economics at play. When you increase the cost of doing business, a good business doesn’t just eat the cost of the changes as a price of doing business.

When costs go up, they pass it on or they stop hiring — neither of which help the lowest wage earners a bit. That McDonald’s trip that used to maybe cost you and your family of four around $20 bucks, try $40 today. That doesn’t happen by inflation alone. It happens because of cost increases in every part of the business.

Yet, the GOP also apparently hasn’t learned that lesson. Instead, Cotton and Romney are attempting the good old technocrat game of “just how close to the edge can we come without falling over the cliff.”

Instead of just sitting back and watching the left tell us exactly how callous and uncaring for those of us who take chances and create businesses and jobs they are, what do they do? What is their response to a bill that even Joe Biden is admitting doesn’t have a chance of passage in the COVID stimulus bill?

Naturally, it’s to propose their own terrible idea to meet the left on their playing field. You see, “if we just give them half of what they are asking for, we’ll be seen as compromising and compassionate people.”

If the GOP were to be honest, they would be the ones pointing out the fools errand of the minimum wage debate to begin with.

According to the  Bureau of Labor Statistics (BLS), just 1.9% of all wage earners in America make the current federal minimum wage. That translates to 1.6 million people of working age in this country.

But, those of non-college age, well according to BLS statistics, just 1.4% of those over the age of 24 are earning the federal minimum wage today.

Some of this can be attributed to state and local governments having higher minimum wage standards than the federal level, but it only explains a fraction of the movement away from minimum wage numbers.

It’s important to understand those numbers, because the left has done a great job of selling the American people that if we just fix this problem, poverty in America can be fixed. But, in reality, we’re talking about shifting our whole economy for just over 1% of the hourly-wage-earning population.

Does that make sense to you? It shouldn’t, and yet the GOP seems to want to perpetuate the story rather than call it out for its ridiculousness.